It is stated in a hadîth-i sharîf quoted by Tabarânî that those who do not observe any of the following ten essentials of Islam are in a state of a loss:

1. Saying “Lâ ilâha ill-Allah Muhammadun Rasûl-Allah”
In order to become a Muslim, it is necessary to say this Kalimat at-tawhîd with a heartfelt belief in it. When one becomes a Muslim, it will primarily be fard [obligatory] for one to know and believe in the meaning of the phrase “Lâ ilâha ill-Allah Muhammadun Rasûl-Allah.” This phrase is called Kalimat at-tawhîd. The brief meaning of it: There is no ilâh except Allah, and Muhammad (‘alaihis-salâm) is His Prophet. Belief in the Prophet of Allah means to accept, believe, and approve all of what he communicated.

It is declared in hadîth-i sharîfs:
(Of the deeds, the valuable one is saying “Lâ ilâha ill-Allah.”)[Hâkim]

(Renew your îmân by saying “Lâ ilâha ill-Allah” many times.)[Tabarânî]

2. Keeping up five daily namâzes
Those who perform namâzes correctly are considered to express their gratitude for all the countless blessings of Allahu ta’âlâ. As the saying goes, “Namâz embraces all kinds of gratitude.” It is the pillar of the religion, so people who ignore it will have torn down their religion. It is purported in the Qur’ân al-karîm:
(The rewards of those are with their Rabb who believe and do righteous deeds, perform namâz and give zakât. They will have no fear, nor will they suffer sorrows.) [Sûrat-ul-Baqara 277]

3. Giving zakât
Zakât has been commanded with namâz in many verses of the Qur’ân al-karîm. The following is declared in hadîth-i sharîfs:
(Let him who believes in Allah and His Messenger give the zakât of his property.) [Tabarânî]

(You reach perfectness in your states of being Muslims by giving zakât.) [Bazzâr]

(Allah curses him who does not give the zakât of his property.)[Nasâî]

4. Fasting
It is fard [obligatory] to fast every day of the month of Ramadân (Sûrat-ul-Baqara 185).

The following hadîth-i sharîfs state:
(He who fasts is my friend; he who does not fast is my enemy.)[Bayhaqî]

(He who dies after fasting in the month of Ramadân will go to Paradise.) [Daylamî]

(If a person does not fast one day in Ramadân, he cannot receive the thawâb of this one day even if he fasts all the year round instead of it.) [Tirmudhî]

5. Performing the hajj [major pilgrimage]
For people who have money enough to go to and come back from the blessed city of Mecca besides the property sufficient for the subsistence of their family they leave behind until they come back, it is fard to perform tawâf around the Ka’ba and to perform waqfa on the plain of ‘Arafât once in their lifetimes. It is purported in the Qur’ân al-karîm:
(Pilgrimage to the Baitullah [the House of Allah] is Allah’s right upon those who are able to journey there.) [Sûrat-u Âl-i ‘Imrân 97]

It is reported in hadîth-i sharîfs:
(All the sins of a person whose hajj has been accepted are forgiven.) [Bayhaqî]

(The thawâb given for the property spent on the way of hajj is seven hundred times as much of it.) [Bayhaqî]

(If a person dies on the way to Makka for hajj or on the way back, scales will not be set up for him in the next world. He will not be called to account, and all his sins will be forgiven.)[Isfahânî]

6. Performing jihâd
It is an important act of worship. It is purported in the Qur’ân al-karîm
(Perform jihâd in the way of Allah, so that you attain salvation.)[Sûrat-ul-Mâida 35]

(The highest of people is the one who performs jihâd with his life and property.) [I. Ahmad]

(The most virtuous jihâd is performing the fards [obligatory acts of worship].) [Tabarânî]

7. Amr-i ma’rûf
It means to enjoin and spread what is good. A hadîth-i sharîf reads:
(He who does not enjoin what is good and does not forbid what is evil when he is able to do so is not in our community.)[Tirmudhî]

8. Nahy-i munkar
It means to forbid what is evil. It is declared in a hadîth-i sharîf:
(The mujâhid higher than a martyr is the one who enjoins what is good and forbids what is evil.) [I. Ghazâlî]

9. Joining the jamâ’ah
Jamâ’ah [the community of Muslims] brings about Allah’s Compassion; separation from jamâ’ah brings about His Torment. A hadîth-i sharîf reads:
(He who separates from the jamâ’ah falls flat on his face into Hell.) [Tabarânî]

A hadîth-i sharîf, too, reads:
(Allahu ta’âlâ does not love a person who is in negligence of carrying out tâ’at.) [Daylamî] 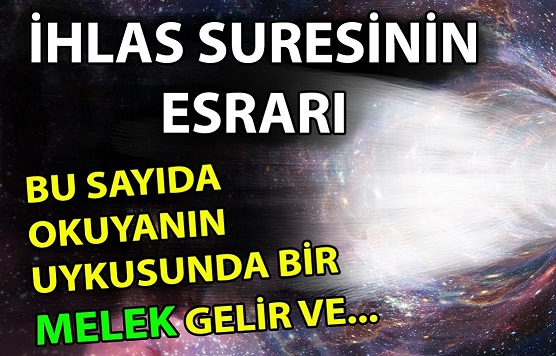