The signs of îmân

Question: Is it possible for a person to know that (s)he is a Mu’min [Believer]? What are the signs of îmân?
ANSWER
Îmân [faith, belief] is to believe in the six tenets of belief expressed in the Âmantu. As a matter of fact, it is declared in a hadîth-i sharîf:

(Îmân is to have faith in Allah, in His angels, in His books, in His prophets, in the Last Day [that is, to believe in Doomsday, Paradise, Hell, Judgement, and Mîzân] in qadar and that good (khair) and evil(sharr) are from Allah, and in death and Resurrection. It is to bear witness that there is no ilâh except Allah and that I am a human slave and Messenger of His.) [Bukhârî, Muslim, Nasâî]

(You have to certify all mentioned ones in your heart as well.)

There are many qualities signifying that one has a strong îmân. Some hadîth-i sharîfs on this matter are as follows:

(He who has a feeling of happiness upon doing a good deed and who feels sorry upon committing a sin has îmân.) [Tabarânî]

(The Mu’min with the strongest îmân is he who has good morals. Everybody can approach him easily, and he has many visitors. He gets on well with everyone. He who does not get on well with people around him is not a good one.) [Tabarânî]

(He who does not forget Allahu ta’âlâ no matter where he is has a strong îmân.) [Bayhaqî]

(He who loves Allah and His Messenger more than he loves all else, who loves another for the sake of Allah alone and who fears reverting to disbelief much more than being thrown into the Fire relishes the flavor of îmân.) [Bukhârî]

(You will not truly believe until you love one another.) [Tabarânî]

(Hayâ [bashfulness, modesty] is a branch from îmân.) [Bukhârî]

(Cleanliness is half of îmân.) [Muslim]

(Being just, even if the outcome results in one’s own detriment, is from îmân.) [Bazzâr]

(Showing patience in time of disasters is from îmân.) [Bazzâr]

(He who has îmân in his heart loves Allahu ta’âlâ.) [Daylamî]

(Îmân is naked. Piety is its dress; bashfulness is its adornment; fiqh is its capital; deeds are its fruits.) [Daylamî]

(Îmân means namâz. He who performs namâz minutely and by observing its due times and sunnats [and other precepts] is a Mu’min.) [I. Najjâr]

(These three things are from îmân: to spend in charity when you are in straits, to greet any Muslim you come across, and to act justly even if the outcome results in your own detriment.)[Nasâî]

(He who backbites, who curses, who says vulgar words and who does not feel hayâ is not a perfect Mu’min.) [Bukhârî]

(None of you truly believes until I am more beloved to him than his parents, his children and all humanity.)
[Bukhârî]

(He who does not wish for others what he wishes for himself cannot reach îmân.) [Abû Ya’la]

When we have a look at the aforementioned hadîth-i sharîfs in a literal sense, they may give rise to such a misunderstanding that every clean person is a Believer. However, it is possible that a disbeliever may be clean, bashful, just, or abstain from from ornaments. To avoid this confusion, it is necessary to read the hadîth-i sharîfs in light of the explanations given by the scholars of hadith. If we read them without explanations, then we may misunderstand them.

So is the case with committing sins. It is not permissible to call a sinful Muslim a disbeliever. The true meaning of the hadîth “He who carries words among people will not enter Paradise” is that such a person cannot enter Paradise before bearing the penalty of his sins or without receiving forgiveness or intercession (shafâ’at). In the same way, what is intended in the hadîth “He who backbites deserves Hell” is that if one’s thawâb weighs less than one’s sins, in such a case, backbiting leads a person to Hell.

The meaning of the hadîth “A person who has an iota of conceit in his heart will not enter Paradise” is that the relevant person cannot enter Paradise without suffering its punishment first or without receiving forgiveness or intercession (shafâ’at).

Furthermore, in a hadîth-i sharîf it is declared that a Mu’min can commit any sin with the exception of three sins, one of which is telling a lie. Outwardly, it can be inferred from this hadith-i sharif that one who tells a lie is not a Mu’min. However, it means such a person is not a perfect Mu’min. Also, it is stated that mendacity is one of the characteristics of hypocrisy. One who lies is not a hypocrite, but one will have displayed one of the characteristics of hypocrisy.

We should read such hadîth-i sharîfs as “A stingy person cannot enter Paradise” and “Stinginess is an act of kufr” with their explanations. Or else, they cause misapprehensions. Although stinginess is one of the vices, it is not an act of kufr [disbelief] after all. In fact, it means that a stingy person cannot enter Paradise without being subjected to the penalty of this sin. However, if one’s thawâb weighs more than one’s sins, one enters Paradise without entering Hell at all. It is also possible that one can go to Paradise through receiving forgiveness and intercession.

The sign of true îmân
Hadrat Imâm-i Rabbânî declares:
The symbol of true îmân’s existence in the heart is to bear hostility against disbelievers and to annihilate the things that are peculiar to them and that are the symptoms of disbelief. For Islam and kufr [disbelief] are opposites, antonyms of each other. To esteem one of them means to insult, to blame the other. To love the enemies of Allahu ta’âlâ and to cooperate with them draws one towards being hostile against Allahu ta’âlâ and His Prophet. A person thinks of himself as a Muslim, expresses the word tawhîd, and says, “I believe,” and performs namâz and every kind of worship, but on the other hand, cooperates with disbelievers. Yet one does not know that these loathsome actions of one’s will extirpate one’s being a Muslim and îmân. (First Volume, 163rd Letter)

It is purported in âyat-i karîmas:
(Those who believe in Allahu ta’âlâ and the Day of Resurrection do not like the enemies of Allahu ta’âlâ and His Prophet, even if they are their fathers, brothers and other close relatives.) [Sûrat-ul-Mujâdala 22]

(O you who believe! Do not take My enemies and yours as friends, and do not love them.) [Sûrat-ul-Mumtahina 1]

The following are stated in hadîth-i sharîfs:
(Three things intensify the flavor of îmân: to love Allah and His Prophet more than everything else; to love for the sake of Allah a Muslim who does not love you, and not to love the enemies of Allah.) [Tabarânî]

(The basis and the most dependable symptom of îmân is hubb-i fillah and bughd-i fillah.) [Abû Dâwud]

(He who does not consider the enemies of Allah as enemies does not believe truly.) [I. Ahmad]

(He who loves the friends of Allah and considers His enemies as enemies has a perfect îmân.) [Abû Dâwud]

(He who has a feeling of happiness upon doing a good deed and who feels sorry upon committing a sin is a true Mu’min.)[Tirmudhî, Hâkim]

Regretting one’s sins later is a sign of îmân as well. 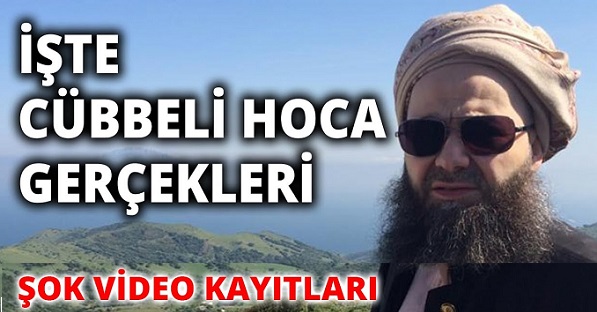