Is faith a necessity?

Question: Why do people feel the need to believe in Allah?
ANSWER
Some philosophers say, “Human beings have the need to worship. For this reason, there have been people who worship fire, the sun, or idols.”

However, the truth of the matter is as follows:

Allahu ta’âlâ has created ‘aql [wisdom] in human beings so that they can distinguish good from bad and right from wrong.
Wisdom does not accept that a thing can come into existence by itself; it links every occurrence to a cause. It does not perceive as a sheer coincidence the perfect order and harmony in the creation of humans, their body parts, and nature. Accordingly, it willy-nilly yields to the fact that everything in nature, living and lifeless alike, has been created by a creator.

It is very difficult, even impossible, for humans to know Allah on their own. Throughout history, people understood the existence of the Almighty Creator of themselves through their minds. However, they failed to bring to light the path leading to Him.

Having understood the existence of a Creator, they went in search of Him in the immediate vicinity first. They considered the sun, which was seemingly the most beneficial thing for them, as the creator and began to worship it. Then seeing great natural forces, storms, fire, the rising seas, volcanoes, etc, they thought that those were the helpers of the creator. Therefore, they attempted to make a representation, a sign for each of them. Idols originated from this practice. In the course of time, there appeared various idols. People feared the wrath of idols and sacrificed animals for them. What is more, they even sacrificed humans. The number of them increased in the presence of every new event. In the initial period of Islam, there were 360 idols in the Kâ’ba.

The long and the short of it is that humans could not know Allahu ta’âlâ, who is One and eternal in the past and in the future, duly by themselves. Even today, there are people worshipping the sun and fire. You should not be astonished by them because it is impossible to spot the right way in the dark without a guide.

It is purported in the Qur’ân al-karîm:
(We do not torment unless We send a prophet before.) [Sûrat-ul-Isrâ, 15]

Allahu ta’âlâ sent prophets to the world in order to teach His born slaves how they would use the powers of wisdom and mind bestowed on them by Allah, to make His Oneness known to them, and to demarcate good deeds from bad and harmful ones. Prophets are the greatest guides. In the book Rûh-ul-bayân, when explaining the third âyat of Sûrat-ul-Zumar that purports, “Those who take friends other than Allah say, ‘We worship them so that they bring us nearer to Allah and so that they intercede for us,’” it writes as follows:

“Humans are created with an inborn capacity to know Allah, who is the Creator of themselves and everything. All humans have the desire to worship their Creator and become nearer to Him. But this inborn capacity and desire are worthless because their nafses, Shaitan, and bad friends make them polytheists [or unbelievers who disbelieve in the Creator and the Day of Resurrection]. A polytheist cannot get close to Allahu ta’âlâ or recognize Him. The recognition gained through retreating from polytheism and clinging to tawhîd is valuable. And the symptom of it is to believe in and obey the prophets and holy books. A person becomes close to Allahu ta’âlâ only by this way.”

How to live in tranquility?
We are witnessing and reading that those who are solely devoted to materialistic pursuits fail to find remedies for their troubles in most situations and that they even go as far as committing suicide. When those who hold materialistic values above all else cannot find a way to remedy their afflictions, they were driven to the depths of despair. The underlying cause of this is that they leave their souls empty. However, just as a body needs sustenance, so does a soul. This is, in turn, possible only through having îmân, and just a religion shows the path leading to Allah. Even atheists feel this need one day, that is for sure.

When Solzhenitsyn, the famous Russian writer, settled in the United States, he expected that he would be rid of great troubles and mental distress. One day, gathering some American youths around himself in a university, he addressed them so:

“When I came here, I supposed that I would be very happy. Unfortunately, I am in a spiritual abyss here. The reason for this is that you have become the slaves of materialism. Yes, there is freedom here. Everyone does what he or she wants, but they are object-oriented; their souls are altogether empty. Essentially, what makes a human a real human is his fully developed, purified soul. My advice for you is this: Try to mature and beautify your souls. Only then will flagrancies, which are widespread in your country and which worry you, begin to die away. Attach importance to faith. Faith is the sustenance of human soul. Those deeply religious people will be your greatest helpers in every deed because their fear of Allah does not allow them to deviate from the right path. Even your biggest security organization cannot control people day and night. What restrains them from evil conduct is, as a policeman does, the feeling of fear of Allah.” 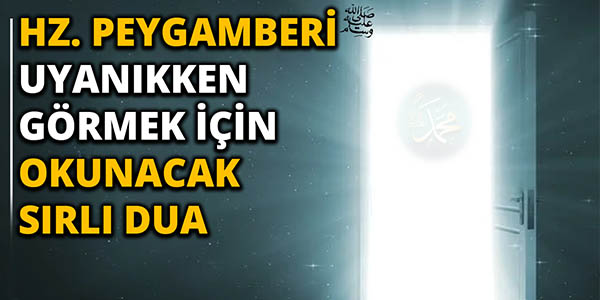